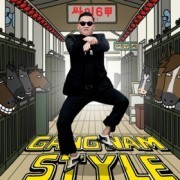 This article perpetuates some of the erroneous assumptions about K-pop and its spread internationally in general, and in the United States in particular.

K-pop has demonstrated its appeal internationally based on the very method that only Psy allegedly used.  SM Town in Paris, Los Angeles and New York succeeded without any broadcast promotion. Fans were drawn solely through social media and internet websites.  Also, it is a generalization to suggest that the idol model is overused, given the handful of K-pop groups that have attempted to break into the mainstream American market. We must remember that most of the recent attention Psy has received has been in relation to the mainstream American music market, which is not the only barometer of appeal and influence in the United States.

Like many articles about Psy, this one attempts to suggest that somehow Psy is different from the rest of K-pop. An unfamiliarity with the K-pop scene often leads writers such as this one to fail to examine Psy’s place in K-pop prior to his recent success. For international fans, Psy is not new.