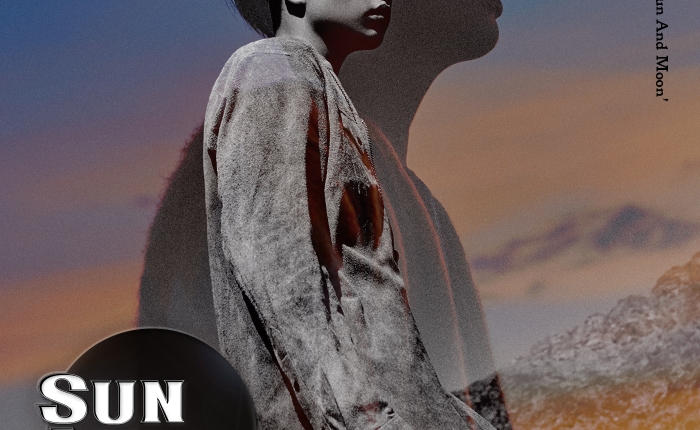 By the time Sam Kim released Sun and Moon (2018), he had already established a reputation for mellow tracks with singles like “Don’t Worry Mama” and “Seattle,” both of which appear on his 2016 release, I Am Sam. Sun and Moon continues his signature style.

Kim’s voice complements the acoustic and sparse instrumentation that frequently accompany his tracks. The use of featured artists, often singers who have R&B and hip-hop reputations, allows a contrast to his vocals. While “It’s You” (ft. Zico) uses a common structure that places the rap verse near the middle of the song, “Make Up” (ft. Crush) uses Crush’s rap and singing vocals to contrast with Kim’s plaintive vocal.  The track is also punctuated with a recurrent, driving electric guitar riff that provides a bit of flair. As the promotional tracks for the album, they also feature music videos.  “It’s You” makes use of a colorful palette and deconstructed living room, which underscores the track’s upbeat feel.  “Make Up” follows Kim’s emotional spiral that eventually lands him in the back of a police car for graffiti.

While instrumentation in Kim’s music evokes a chill atmosphere, it also draws on elements from several genres. “The One,” written by Kim and composed by Kim and frequent collaborators Hong So Jin and Jeog Jai, strategically introduces horns on the chorus and throughout the verses. As the song continues, they gradually swell in a way that intensives the jazz feel of the track, providing for a nice extended outro.  “Would You Believe,” written and composed by Kim, starts out as a piano-based ballad. Gospel choir-like backing vocals support Kim’s expressive and emotional voice, filling out the choruses in contrast to the more stark verses. The instrumentation becomes more complex as well, with an electric guitar complementing the initially plaintive piano, bringing with it a gospel cadence.

Shinhwa’s longevity is in part due to the quality and consistency of their music production seen in their comeback releases.

The Return is Shinhwa’s highly anticipated release following a four-year hiatus. Overall, critics note a  dual nature to the album, juxtaposing the classic sound of the group with more contemporary flourishes. Many praise “Venus” as the title track.  “On the Road” elicited positive reviews as well. Jung Bae (hellokpop) notes that the track “is an unexpected Brit-rock track, courtesy of Shin Hye-sung; while he rightfully takes control of the track, the other members join in and do their parts.” Nicole Rivera (Pop Reviews Now) notes the simplicity of the track, “with soft drum rolls laced with a pretty piano line and some cymbals here and there, before a very low-key verse that just spirals into this tear-jerkingly stunning chorus.” Testamentvm‘s (McRoth’s Residence) description of “Red Carpet” focuses on “its clubby supersaw lead and progressive house anthem,” while Rivera focuses on “the presence of a melody, and how the vocals deliver it in relation to the rest of the song.”  Jung Bae was impressed with “Let It Go,” which breaks “ballad molds and instead opting for a deceptively uptempo melody powered by electric guitar.”

Reviews of We are mixed. There was no critical consensus on the best tracks on the album aside from “Sniper,” the title track. Pakman (allkpop) identifies musical key elements:  “The whistle by itself is enough to pique anyone’s interest. The pre-chorus and chorus is what make you stay. Those impassioned vocals, the smooth, high-pitched turns accompanied by that lean-back dance move just scream all kinds of cool. The beatboxing interwoven in the instrumentals is a total bonus and a complete throwback to the 90’s.” Tam Huynh notes the centrality of Eric, Jun Jin and Andy, the rappers of the group, on “Give It 2 Me. Guest critics for seoulbeats points out “I Gave You” as an unusual track, with its acoustic instrumentation and harmony.

Shinhwa also brings a sophistication to their music videos.  In “Sniper,” Vincenlya Susanto (The AU Review) points to how Shinhwa “is again experimental in incorporating a classic and contemporary structure not only in their sound but also in their music video settings and wardrobe choice. The music video contrasts Junjin’s typical destroyed underground set with Hyesung’s chic white maze and contemporary framed art display Eric inhabits.” Maria Hunt (Ppcorn) points to experimentation in the choreography: “The seventh and final scene is a group scene of SHINHWA accompanied by backup dancers. With the set designed as an empty dark room with a center square-raised stage, the members and dancers perform the choreography. SHINHWA is known for usually having bold and energetic dance routines, but the last couple of years have seen SHINHWA experimenting with their dance style.” Minnimonmon (Kpop On My Mind) points to the choreography for “This Love“: “All of the movements were so crisp and well-rehearsed.  Whereas a lot of dance songs with fast, complicated dance moves often feel rushed, this dance was detailed, yet very refined.  I loved the hand movements in the first chorus and how the members looked like they were tapping piano keys in their dance moves during the piano parts.”